Looking For a Beautiful Asian Woman?

China is the most populous country in the world with over 1.4 billion people. The southeast Asian nation is also a unique place for several reasons. China shares borders with 14 other countries, is the third-largest country globally and is also one of the oldest. Through all the years of the many monarchies and dynasties that shaped its political leadership to the current dispensation, China has undergone historical changes that saw it emerge as one of the most powerful countries in the world. 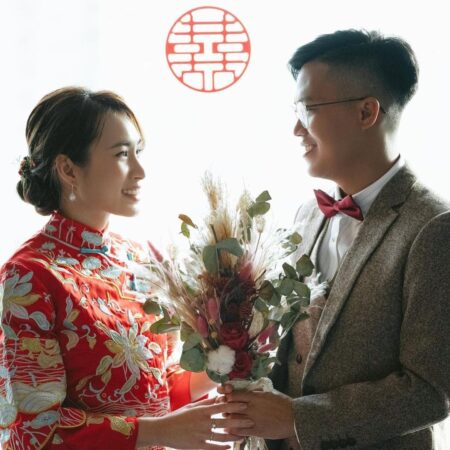 China is a culturally diverse country that prides itself on a deep-rooted history and a home-grown brand of nationalism. The traditional imperial system which birthed China’s original leaders ensured deliberate preservation of beliefs in family structure, marriage and weddings, poetry, calligraphy, education, and the arts. Even if some aspects of architecture, music, film, literature, and fashion have witnessed tremendous revolutionary advances, China remains a country set in its way in most parts.

China has 56 recognized ethnic groups, and the rituals and traditions associated with Chinese weddings are as varied and dissimilar as the country’s vast diversity. Even with all the global intrusion into Chinese culture, weddings are not as “loud” as the typical ceremonies in the west. Most Chinese wedding ceremony traditions involve the spouses and the two families in an all-encompassing union.

The families are highly involved

In ancient China, weddings were steeped in thorough cultural practices and beliefs. They were usually grand affairs that took place over three to four days. Ancient China’s historical feudal system of government silently stipulated that parents were hugely involved in arranging marriages between their children.

Social status, norms, and other societal expectations compelled parents to practically ensure that their children married from families of the same social class. There was a cultural belief that a family’s good fortune may be affected by going against this social order. These superstitions led parents to carefully and deliberately choose brides for their sons.

The three letters and six etiquette

Ancient Chinese wedding traditions and customs were governed by a meticulous process known as “the three letters and six etiquettes.” This involved both families exchanging three letters and observing six customs (“etiquettes”). The three letters were the Betrothal, Gift, and Wedding letters. The Betrothal Letter documents the initial vows of the couple and narrates their intention to get married.

The Gift Letter lists the particular gifts that the couple is expecting in the event. The Wedding Letter is written by the groom’s family and handed to the bride’s parents on the wedding day to signify the groom’s acceptance into the family circle.

The six etiquettes which must be observed in an ancient Chinese wedding include the following:

It is usually a colorful event

Under modern Chinese wedding traditions and customs, it is a colorful and extravagant one-day affair laced with elaborate symbolic rituals. It embodies the great promise of love, abundance, good health, and material prosperity. They always come in two segments – the tea ceremony, an exclusive event for both families, and the open, western-style Chinese banquet for guests.

The betrothal usually precedes a typical Chinese wedding. The groom lavishes his Chinese bride and her family with assorted rare gifts of jewelry (mainly gold), expensive wax candles, sesame seed, tea leaves, wine, or brandy, etc. These betrothal gifts are representative of wishes of good fortune. Also, acceptance of the marriage proposal will see the bride’s family returning almost half of the gifts to the groom’s family as a reciprocal display of love and a commitment to enter into a mutual relationship with them.

Selection of a wedding date

The wedding date is mainly selected in consultation with a fortune teller, who advises on the couple’s Chinese Zodiac sign. This one of the many weird Chinese wedding traditions takes place because the Chinese believe that some months should not be considered when choosing a date. It is believed that leap months are the best to get married because it is called “Runyue,” which means harvest and abundance.

Significance of Red and Gold

Red and gold are the most commonly used colors in Chinese wedding palettes; red represents success, fertility, honor, and love, while gold symbolizes prosperity. Red is only permitted to be worn by the bride. Other attendees can appear in anything else, except in clothes with dark color shades, which generally represent death or ill-fortune.

Two or three days before the wedding, an important ritual takes place, which is a part of Chinese pre wedding traditions. This is called the Aun Chuang or the bed-dressing ritual. It is performed by a female relative who will dress the intending couple’s bed in beddings and pillows of red, decorating it with exotic, sweet-smelling dried fruits to symbolize love, fertility, and good fortune.

According to Chinese wedding night traditions, the couple can only sleep in a bed after the wedding ceremonies. On the night before the wedding, there is a hair-combing ceremony marked with incense and candle lights. It is a ritual that represents love, abundance, and longevity.

Among the Chinese wedding day traditions, the testing of the groom begins. On the wedding day, the groom, accompanied by the groomsmen, goes to the bride’s home to pick her up. This visit can be marked by a private tea ceremony and a door games tradition, the latter entailing specific “tests” or games which the groom must excel in to prove his worthiness. The games range from spontaneous acts like composing and singing love songs, eating a totally strange diet to performing physical exercises, backed sometimes with firecracker displays.

In Chinese wedding traditions and customs, a tea ceremony is a veritable sign of marriage consummation. Several tea serving sessions are held. Elders from the couple’s families are served, and the wedding couple gets a chance to serve their parents and in-laws.

Exchange of marital vows in a Chinese wedding takes place either in a municipal council office or before a family altar where prayers are said and respects paid to ancestors. The bride follows Chinese wedding dress traditions and is resplendent in her bright red dress, uniquely themed around good luck and happiness. Three days after the wedding, the newlyweds visit the bride’s family for a mini feast with the bride’s extended family present.

In terms of Chinese wedding food traditions, a typical wedding banquet is a festival of assorted foods. It is an extensive eight or nine-course meal affair that features fish and especially abalone – a symbol of prosperity, social status, and good fortune. The numbers are significant: 8 being the lucky number of South Chinese folks, and 9 representing longevity.

First on the banquet food list are Chinese cold cuts, a combination of bean curd, jellyfish, pork, spiced beef, and seaweed. Next is shark’s fin soup with crabs. The third course is mostly fish which symbolizes abundance and aligns with the Chinese belief that a marriage is only entirely successful if children come along. Course number four consists of abalone, sea cucumber, and stir-fry. Stir-fry symbolizes a steady course in marriage and enduring good relationships between both extended families.

Roast suckling pig, which is a sign of fertility, is featured as the fifth course. The sixth course in the array of foods consists of prawns – the Chinese symbol of laughter and delight. It is a general wish that the couple’s life is filled with laughter and joy. The Chinese wedding banquet is nothing without course number seven. Whole bird or poultry, which symbolizes peace and unity among people, is a constant dish. Noodles and rice, staples in China, make up the list of foods, both representing long life and abundant food, respectively.

Apart from the sumptuous banquet, Chinese wedding cake traditions are unique. The cake, also called a dowry cake, is a gift presented by the groom to his Chinese bride. Before the wedding, cakes are part of the betrothal gifts given by the groom to the bride’s family to show gratitude for how well they have raised their daughter.

Historically, Chinese wedding traditions gifts are represented by a red envelope containing a certain sum of money. The envelope, named hongbao, usually bears Chinese inscriptions of happiness and wealth. The funds contained in the envelope should customarily be in even numbers, preferably the number eight, which signifies wealth in Chinese norms.

Odd numbers or amounts of money ending in fours must be strictly avoided. It is expected that the money in the envelope will represent the equivalent of a gift presented at a western-style wedding ceremony and should be just enough to cover the guest’s expenses at the wedding.

Gifts are regarded as the measure of the relationship existing between the giver and the couple and their families. Gold jewelry is another highly recommended wedding gift. Chinese brides usually receive these jewelry and other gold accessories. Gold, in Chinese culture, represents nobility and wealth.

Chinese weddings do not open a registry of gifts. Still, as western society continues to encroach on traditional Chinese wedding culture, other gifts are slowly making their way into Chinese weddings. This is a delicate point as Chinese tradition forbids certain items as gifts to wedding couples. Some of the gifts that are presumed off-limits include umbrellas, towels, handkerchiefs, clocks, cutlery, shoes, green hats, freshly cut flowers, shoes, and any items in black or white colors.

A gift of Jade is usually appreciated by couples. This gift symbolizes protection, strength, and health; there’s also a gift of a statue of a crane which represents fidelity and commitment, or a picture of a carp which in Chinese culture stands for prosperity. Invitees are generally encouraged to observe Chinese wedding traditions for guests. 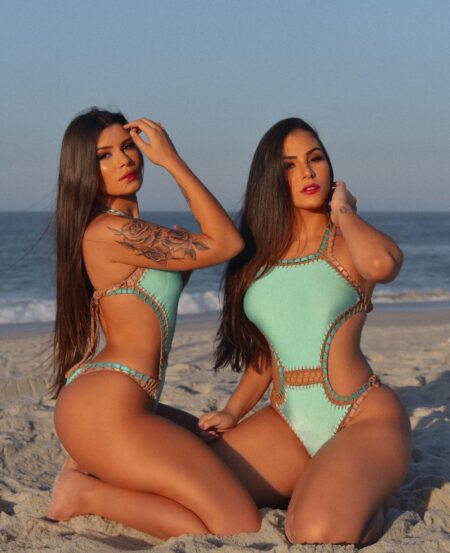 10 Hot Brazilian Women You Should Know

Brazil, also known as the Federative Republic of Brazil, is located in the southern part of America. Everyone knows that Brazil possesses a rich and diverse culture relating to art and literature. Besides art and culture, the country is known for its women. Hot, gorgeous women. Many men travel to Brazil to find love. 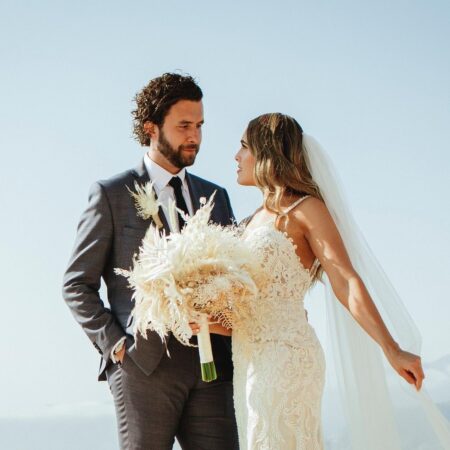 Top 18 Mexican Wedding Traditions and Their Meanings: All You Need to Know 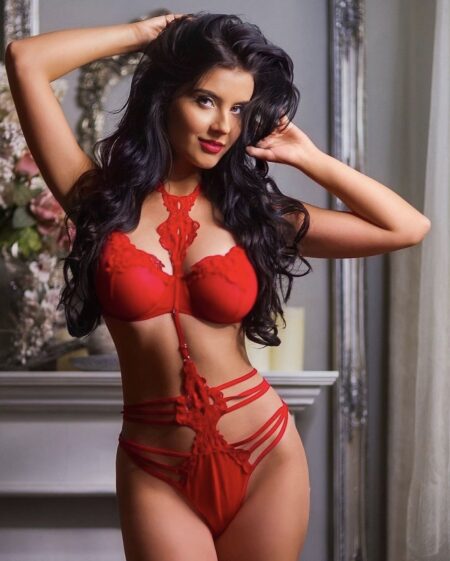 Mexico is one of the most popular countries in North America, known for its fascinating citizens and delicious cuisines. The local women are beautiful, good cooks, doting mothers, talented and accommodating. This article is a rundown of why many people think Mexican women are desirable, why they are so popular, and the ten sexiest and hottest Mexican women.